The Nu’uanu community is located in a picturesque valley on Oahu, surrounded by lush green mountains. 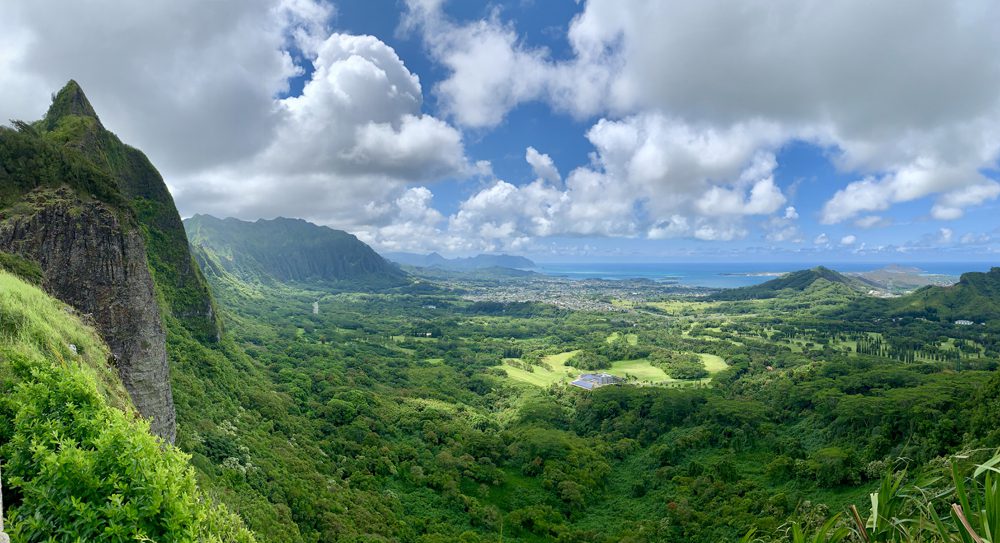 Nu’uanu, located just outside of town, feels a world away from the hustle and bustle of downtown Honolulu. The location was originally home to King Kamehameha III’s vacation residence. Nu’uanu receives regular precipitation and cool winds keep temperatures lower than other regions of the island, so it’s no surprise that royalty came there during the hot summer months.

Nu’uanu is buried in myths and tales, making it even more significant in Hawaii’s history. The Nu’uanu Valley, which stretches from Honolulu Harbor to the Nu’uanu Pali mountain and was the scene of Kamehameha’s armies’ fateful struggle for Oahu in 1795.

The Nu’uanu community is located in a picturesque valley on Oahu, surrounded by lush green mountains. Nu’uanu is divided by the Pali Highway. This is a large traffic route in Oahu because many people use it every day to cross from the windward side of Oahu into Downtown Honolulu and Ala Moana. Pali Highway provides quick access to the H1, downtown Honolulu (approximately ten minutes), and the windward part of the island (less than half an hour). The neighborhood’s few high-rises may be found on the western side of Pali Highway, while single-family homes can be found on the eastern side.

Churches and embassies line Nu’uanu streets, providing insight into the neighborhood’s pace and tone. Couples and families wander with their pets as evening falls, and the night air is quiet with only the sound of the stream.  The rest of the area is made up of a small shopping plaza, several schools, and a local YMCA.

Nu’uanu can be categorized as an upper-middle-class residential suburb of Honolulu’s downtown area. In contrast to the growth that has engulfed the windward side, it has kept development at bay. Nu’uanu has escaped the problem of developments coming into the neighborhood by maintaining portions at half-acres or more. Large swaths of woodland and conservation area are also present. Because there are many religious places in this region, archeological heritage is important to the locals. The churches in this  neighborhood represent a wide range of religious beliefs, reflecting the city’s cultural diversity.

The valley provides a tranquil and quiet environment

Nuuanu’s lush and green backdrop is a beautiful sight