The first condominiums in Hawaii Kai were erected in the 1970s, with the first Hawaii Kai townhouses built in 1968 in the shape of the distinctive Koko Isle, which is surrounded on all sides by water. Condos for sale in Hawaii Kai vary from $400K for a one-bedroom apartment to $1.5M for homes in the premium low-rise project Kalele Kai. Hawaii Kai, which is bounded to the west by Kuliouou and Paiko Lagoon and runs to Makapuu Point on Oahu’s most eastern shore, now has around 10,000 residents.

There are numerous townhouses and condominiums in Hawaii Kai, however bear in mind that the marina front has already been developed, therefore no new marina front condos may be built. Long-term gain potential is good in a limited market. Come to Hawaii Kai and experience the fascinating marina lifestyle for yourself.

Hawaii Kai Condos: A Look Inside

Townhouse choices directly on the marina.

A new condo building, dubbed Hale Ka Lae at one time, was in the planning stages and might have been Hawaii Kai’s first new condo development in almost a decade.

Hawaii Kai is a neighborhood where so much of life in this region of Oahu revolves around the sea, it is unique. Other places have beaches, but none of them offer a close-knit marina town with waterfront houses, condominiums, retail, and green spaces.

Everyday errands are typically carried out in a unique way here. Residents frequently use their boats to go groceries, supper, or even to see a movie. To the pleasure of both young and old, they deck out their yachts with lights and displays for the annual Hawaii Kai marina holiday parade.

You always have alternatives when it comes to trying something new. Hike to the top of Koko Head and Koko Crater for a good workout and spectacular views, or relax and enjoy the surf at Sandy Beach. Snorkel amid a calm school of tropical fish in Hanauma Bay, a world-renowned fish sanctuary, and forget about your problems.

All of the necessities are also close by. From Costco’s well-stocked shelves to the three retail malls’ eateries, which range from gourmet dining to informal recharging. Furthermore, there are enough stores to satisfy even the most ardent shopper. Hawaii Straub, Kaiser, and Queen’s are just a few of Hawaii Kai’s medical facilities.

Hawaii Kai’s History Henry Kaiser is a looming presence in this area. While residences may have been developed here sooner or later, the appearance of Hawaii Kai condominiums and commercial complexes was not a given. The distance to town, the less productive soil, and, eventually, the tsunami of 1946 had virtually deserted this area. For metropolitan Honolulu residents, it was the country, a location that epitomized ‘the boonies.’ Until Mr. Kaiser relocated to Hawaii, that is. He was looking for new projects after completing the Hawaiian Village, the islands’ first tourist resort. While negotiating the land lease for his estate with the Bishop Trust, one dropped into his lap.

The trust had failed to find a method to make the Hawaii Kai property commercially viable. Desperate, they asked Kaiser if he’d want to try his hand at it. He certainly was. In 1961, the Bishop Estate officially leased the Hawaii Kai property to him. Kaiser had previously dug the old Kauapa fishpond, which is today known as Koko Marina. Homes on the waterfront were the first to bear fruit, followed by houses farther into the valleys behind. 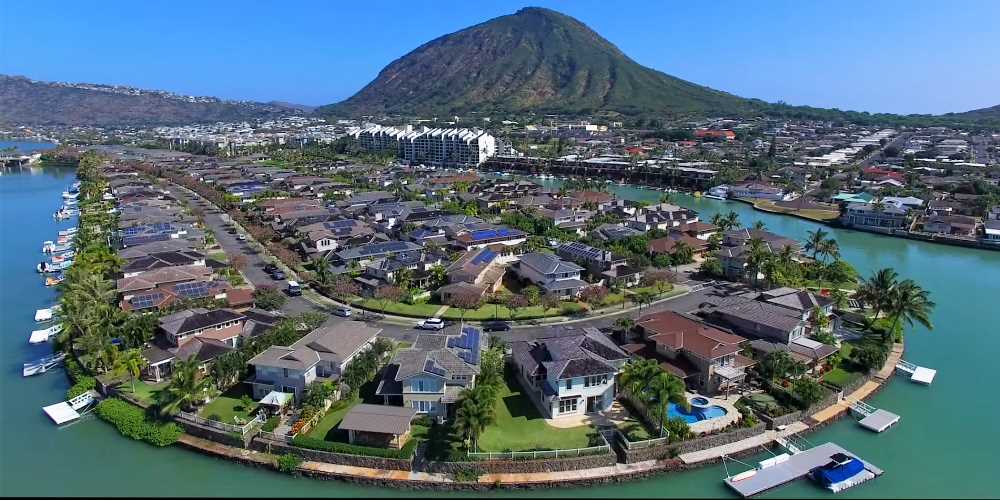 Many people thought Kaiser hurried portions of the project because of his deteriorating health at the time. The outcomes, on the other hand, have stood the test of time and gathered value. From the beginning, the Hawaii Kai condominiums were part of the master plan, which included the renowned two parking places per unit regulation. A significant improvement over locations like Waikiki, when you were lucky if you got a stall at all. Despite the fact that other structures and communities have joined or replaced the originals, Kaiser’s vision of a vibrant community full of open spaces and surrounded by the beauty that had been ignored for far too long is still alive and well